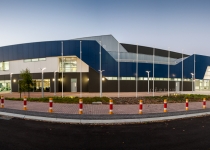 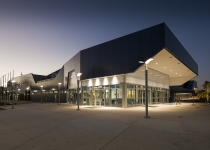 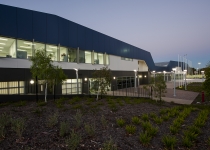 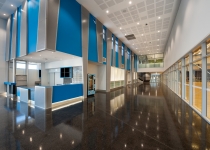 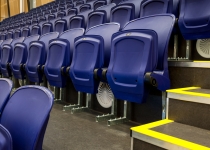 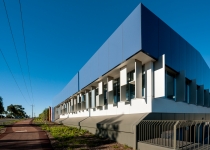 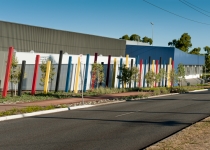 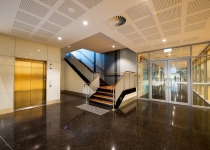 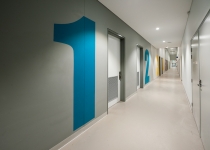 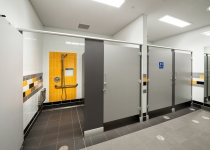 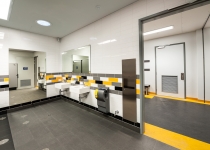 In early 2012 Sandover Pinder + dwp|suters were commissioned to design the WA State Netball Centre, PS Structures were appointed as principle contractor in July 2013 by the Department of Finance – Building Management and Works to construct this project.

Located in Jolimont the facility will provide a new head office for Netball WA, elite training and practice facilities for West Coast Fever, and a number of opportunities for grass roots integration of netball clubs within the state.

The project consisted of an external works cut and fill exercise, stormwater retention system and local overflow provisions as conditions dictated that no stormwater outfall connection was available, to reduce the impact of the building the 6.0m variance in height from the Selby Street elevation was utilised by incorporating structural retaining walls to allow the building RL to effectively be lowered for the ground floor areas, a combination of in-situ concrete, structural steel, and tilt panel construction were main superstructure elements, the structural steel roof trusses were required to span 63m column to column unsupported.

First floor is a dedicated office facility that is the new head quarters for Netball WA.

The main playing court is serviced by a perimeter displacement ventilation system, which is designed to allow the air to traverse the court at 1.0m for a distance of 22.0m for m both western and Eastern aspects, this is a large volume low velocity system, traditional ducted air-conditioning serves the remainder of the building

A new road intersection was constructed by the town of Cambridge as part of a separate works package; the scheme link road could then be installed allied to the new southern car park, which provides 211 parking spaces.

“On behalf of the Department of Sport and Recreation, I would like to thank PS Structures for its contribution to the development of the State Netball Centre. Their efforts have resulted in an outstanding outcome for Netball WA and the community.”