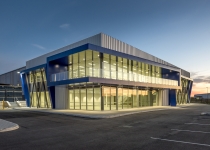 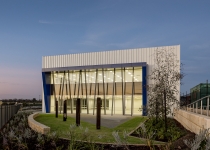 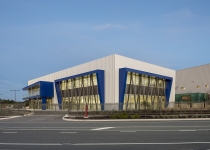 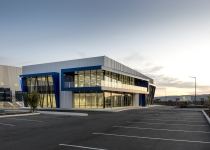 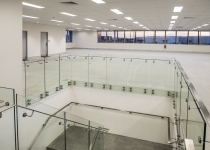 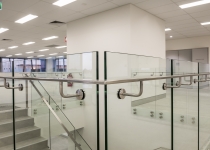 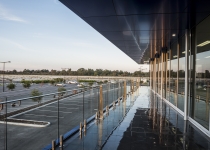 The construction of the Schlumberger Operations Office Facility consisted of building a new two storey building with adjustments to existing car parks and landscaping areas. The facility was constructed at the Jandakot precinct and was undertaken as a Design and Construct contract. The project was tendered off a few sketches and according to briefs provided by Jandakot Airport and Schlumberger. Following award of the contract, the Design team were engaged to produce documentation for the construction of the facility and ensure that both lessee and lessor briefs were being fulfilled. Partway through the design phase the client decided to partially integrate some of the fitout components of the facility with the construction of the base build. PS Structures were able to accommodate this extensive fit out package to be completed within the original construction time.

The office building was a two storey construction with the structure being structural steel, tilt panels, insitu concrete, curtain walls and insulated panels. There was a front balcony constructed with utilizing a cantilever slab and Alucabond cladding and glazed balustrades. One internal insitu concrete stairwells and lift were constructed. A mixture of ceilings between tiled and flush gyprock were constructed depending on the level of acoustic requirements of certain areas of the office. Toilets were constructed on both levels.