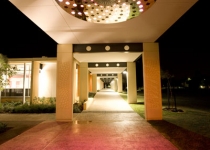 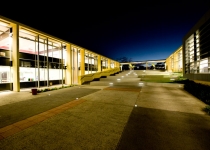 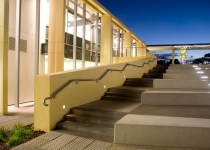 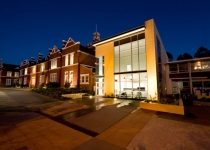 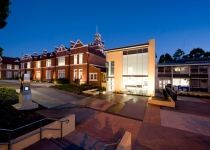 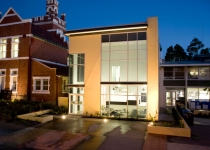 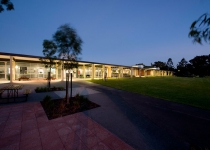 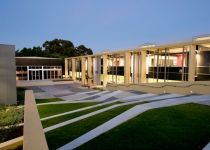 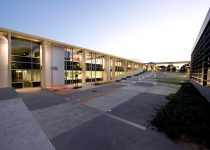 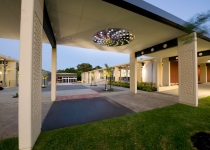 The new two storey buildings  contain a library, kitchen and cafeteria facilities, a state of the art performance centre, new facilities, classrooms for home economics, art, music and woodwork and metal workshops. The new administrative building is attached to the existing school and this area also received a refurbishment of existing facilities.  The reason for the development came about as a result of a decision made by the State Government to turn Perth Modern School into the only academically selective secondary school in Western Australia.

The modern design and structure consisted of precast columns and structural steel beams complemented with large areas of glazing to provide a naturally lit environment.  CFC and terracade cladding were used extensively in the project.  Extensive new soft and hard landscape works accompanied the buildings and provided access for the students. Large areas of patterned exposed aggregate concrete were installed with complementary urbanstone paving to provide a contrasting design.  A major portion of the landscaping involved the construction of new playing court facilities which consisted of retaining walls, synthetic paving to world class standards, sports equipment and considerable earthworks.

As a part of the contract works, PS Structures constructed a new electrical substation to create a new power supply for the entire school.  A new fire service was also installed which incorporated new fire tanks and pumps.  Throughout the course of the project, existing services were discovered which conflicted with the new building elements.
PS Structures were required to co-ordinate the replacement or relocation of these services with minimal disruptions to the operation of the school.