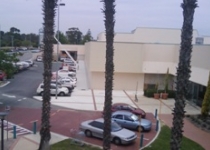 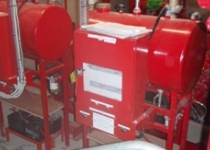 – A 600m2  extension of the existing Target Store.

– The construction of two new tenancies for fitout by other.

– The complete upgrade of the fire services infrastructure for the entire shopping centre complex.

The target extension was constructed in full height tilt panels with colourbond wall cladding and roof.  A considerable amount of services went into the extension area including high hazard sprinklers to the existing lay-by and reserve areas, new air-conditioning and new EWIS installation to the whole store.

Works within the existing store were undertaken afterhours so as to not  affect trading hours.

New car parking works were also completed.  The works to the two new tenancies within the shopping mall included full height block wall, new concrete floor slab, fire services installation, grease line installation including custom made pumping system and the retrofit of insulation to the underside of the roof sheeting.  Access posed a major problem with these works and as result a significant portion was undertaken after hours.  The fire services infrastructure upgrade included the construction of two underground subterranean water holding tanks each with the capacity of approximately 9,000,000 litres.

An underground pump room, which housed two massive diesel pumps, was also constructed.  The tanks and the pump room were constructed from precast concrete panels, which sat on a 400mm raft slab.  The bottom of the tanks were some 1500mm below the water table and thus substantial dewatering works were required.  New connections from the existing fire ring main to each sprinkler valve room was undertaken due to the existing dilapidated sprinkler ring main becoming obsolete.

Approximately 250m of pipe work installation through car parking areas was required which was completed with minimal disruption to the shopping facility.

All works were completed on time and under budget to the satisfaction of the client.